When to Use MLP, CNN, and RNN Neural Networks 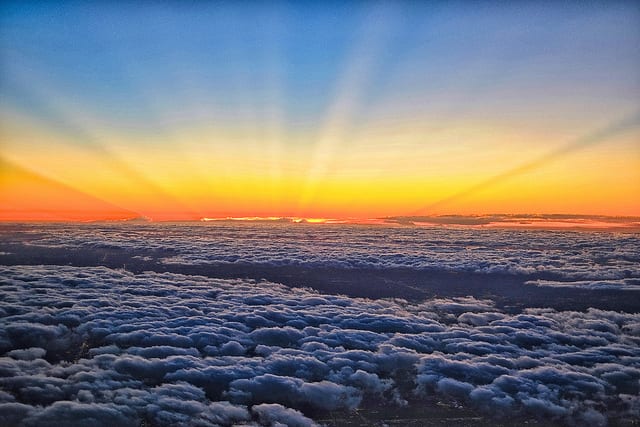 What neural network is appropriate for your predictive modeling problem?

It can be difficult for a beginner to the field of deep learning to know what type of network to use. There are so many types of networks to choose from and new methods being published and discussed every day.

To make things worse, most neural networks are flexible enough that they work (make a prediction) even when used with the wrong type of data or prediction problem.

In this post, you will discover the suggested use for the three main classes of artificial neural networks.

Which types of neural networks to focus on when working on a predictive modeling problem.
When to use, not use, and possible try using an MLP, CNN, and RNN on a project.
To consider the use of hybrid models and to have a clear idea of your project goals before selecting a model.

When to Use MLP, CNN, and RNN Neural Networks
Photo by PRODAVID S. FERRY III,DDS, some rights reserved.

This post is divided into five sections; they are:

What Neural Networks to Focus on?

It allows the development, training, and use of neural networks that are much larger (more layers) than was previously thought possible.

There are thousands of types of specific neural networks proposed by researchers as modifications or tweaks to existing models. Sometimes wholly new approaches.

As a practitioner, I recommend waiting until a model emerges as generally applicable. It is hard to tease out the signal of what works well generally from the noise of the vast number of publications released daily or weekly.

There are three classes of artificial neural networks that I recommend that you focus on in general. They are:

These three classes of networks provide a lot of flexibility and have proven themselves over decades to be useful and reliable in a wide range of problems. They also have many subtypes to help specialize them to the quirks of different framings of prediction problems and different datasets.

Now that we know what networks to focus on, let’s look at when we can use each class of neural network.

When to Use Multilayer Perceptrons?

Multilayer Perceptrons, or MLPs for short, are the classical type of neural network.

They are comprised of one or more layers of neurons. Data is fed to the input layer, there may be one or more hidden layers providing levels of abstraction, and predictions are made on the output layer, also called the visible layer.

For more details on the MLP, see the post:

Model of a Simple Network

MLPs are suitable for classification prediction problems where inputs are assigned a class or label.

They are also suitable for regression prediction problems where a real-valued quantity is predicted given a set of inputs. Data is often provided in a tabular format, such as you would see in a CSV file or a spreadsheet.

They are very flexible and can be used generally to learn a mapping from inputs to outputs.

As such, if your data is in a form other than a tabular dataset, such as an image, document, or time series, I would recommend at least testing an MLP on your problem. The results can be used as a baseline point of comparison to confirm that other models that may appear better suited add value.

When to Use Convolutional Neural Networks?

Convolutional Neural Networks, or CNNs, were designed to map image data to an output variable.

They have proven so effective that they are the go-to method for any type of prediction problem involving image data as an input.

The benefit of using CNNs is their ability to develop an internal representation of a two-dimensional image. This allows the model to learn position and scale in variant structures in the data, which is important when working with images.

More generally, CNNs work well with data that has a spatial relationship.

Although not specifically developed for non-image data, CNNs achieve state-of-the-art results on problems such as document classification used in sentiment analysis and related problems.

When to Use Recurrent Neural Networks?

Recurrent Neural Networks, or RNNs, were designed to work with sequence prediction problems.

Sequence prediction problems come in many forms and are best described by the types of inputs and outputs supported.

Some examples of sequence prediction problems include:

The Many-to-Many problem is often referred to as sequence-to-sequence, or seq2seq for short.

For more details on the types of sequence prediction problems, see the post:

The Long Short-Term Memory, or LSTM, network is perhaps the most successful RNN because it overcomes the problems of training a recurrent network and in turn has been used on a wide range of applications.

RNNs in general and LSTMs in particular have received the most success when working with sequences of words and paragraphs, generally called natural language processing.

This includes both sequences of text and sequences of spoken language represented as a time series. They are also used as generative models that require a sequence output, not only with text, but on applications such as generating handwriting.

Don’t Use RNNs For:

RNNs and LSTMs have been tested on time series forecasting problems, but the results have been poor, to say the least. Autoregression methods, even linear methods often perform much better. LSTMs are often outperformed by simple MLPs applied on the same data.

Nevertheless, it remains an active area.

A CNN or RNN model is rarely used alone.

These types of networks are used as layers in a broader model that also has one or more MLP layers. Technically, these are a hybrid type of neural network architecture.

Perhaps the most interesting work comes from the mixing of the different types of networks together into hybrid models.

For example, consider a model that uses a stack of layers with a CNN on the input, LSTM in the middle, and MLP at the output. A model like this can read a sequence of image inputs, such as a video, and generate a prediction. This is called a CNN LSTM architecture.

The network types can also be stacked in specific architectures to unlock new capabilities, such as the reusable image recognition models that use very deep CNN and MLP networks that can be added to a new LSTM model and used for captioning photos. Also, the encoder-decoder LSTM networks that can be used to have input and output sequences of differing lengths.

It is important to think clearly about what you and your stakeholders require from the project first, then seek out a network architecture (or develop one) that meets your specific project needs.

For a good framework to help you think about your data and prediction problems, see the post:

How to Define Your Machine Learning Problem

In this post, you discovered the suggested use for the three main classes of artificial neural networks.

Which types of neural networks to focus on when working on a predictive modeling problem.
When to use, not use, and possible try using an MLP, CNN, and RNN on a project.
To consider the use of hybrid models and to have a clear idea of your project goals before selecting a model.

The post When to Use MLP, CNN, and RNN Neural Networks appeared first on Machine Learning Mastery.