Unleashing capacity at Heineken México with systems thinking from MIT 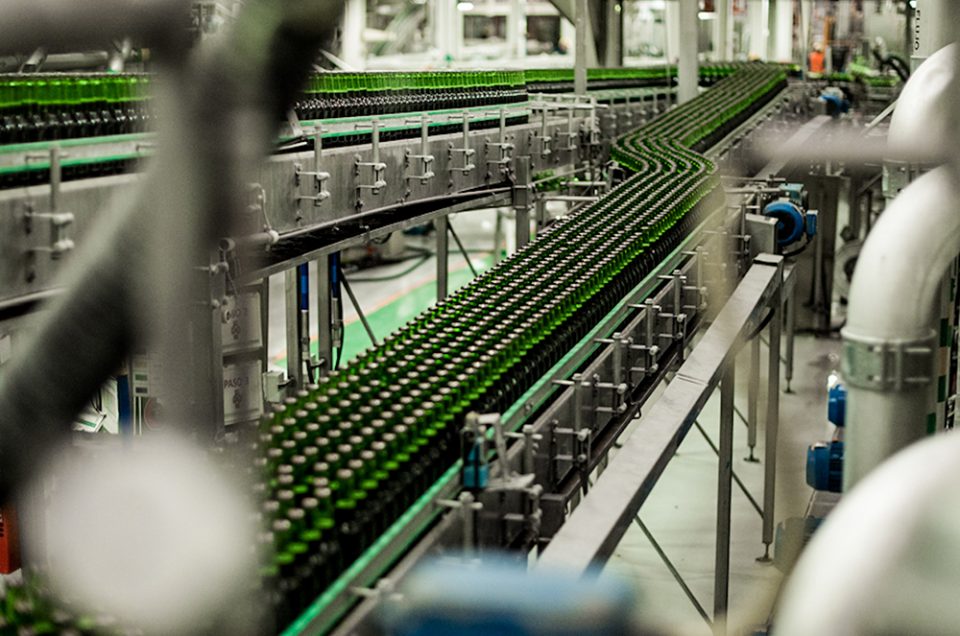 It’s no secret that a manufacturer’s ability to maintain and ideally increase production capability is the basis for long-run competitive success. But discovering a way to significantly increase production without buying a single piece of new equipment — that may strike you as a bit more surprising.

Global beer manufacturer Heineken is the second-largest brewer in the world. Founded in 1864, the company owns over 160 breweries in more than 70 countries and sells more than 8.5 million barrels of its beer brands in the United States alone. In addition to its sustained earnings, the company has demonstrated significant social and environmental responsibility, making it a globally admired brand. Now, thanks to a pair of MIT Sloan Executive Education alumni, the the firm has applied data-driven developments and AI augmentation to its operations, helping it solve a considerable production bottleneck that unleashed hidden capacity in the form of millions of cases of beer at its plant in México.

Ultimately, they would use Valiot’s AI-powered technology to optimize the scheduling process in the presence of unpredictable events, drastically increasing the brewery throughput and improving worker experience. But it all started with a proper diagnosis of the problem using Little’s Law.

Often referred to as the First Law of Operations, Little’s Law is named for John D.C. Little, a professor post tenure at MIT Sloan and an MIT Institute Professor Emeritus. Little proved that the three most important properties of any system — throughput, lead time, and work-in-process — must obey the following simple relationship:

Little’s Law is particularly useful for detecting and quantifying the presence of bottlenecks and lost throughput in any system. And it is one of the key frameworks taught in Carrier’s Implementing Industry 4.0 course.

Crespo and Aguilera applied Little’s Law and worked backward through the entire production process, examining cycle times to assess wait times and identify the biggest bottlenecks in the brewery.

Specifically, they discovered a significant bottleneck at the filtration stage. As beer moved from maturation and filtration to bright beer tanks (BBT), it was often held up waiting to be routed to the bottling and canning lines, due to various upsets and interruptions throughout the facility as well as real-time demand-based production updates.

This would typically initiate a manual, time-intensive rescheduling process. Operators had to track down handwritten production logs to figure out the current state of the bottling lines and inventory the supply by manually entering the information into a set of spreadsheets stored on a local computer. Each time a line was down, a couple hours were lost.

With the deficiency identified, the facility quickly took action to solve it.

Once bottlenecks have been identified, the next logical step is to remove them. However, this can be particularly challenging, as persistent bottlenecks change the way the people work within the system, becoming part of worker identity and the reward system.

“Culture can act to reject any technological advance, no matter how beneficial this technology may be to the overall system,” says Carrier. “But culture can also provide a powerful mechanism for change and serve as a problem-solving device.”

The best approach to introducing a new technology, advises Carrier, is to find early projects that reduce human struggle, which inevitably leads to overall improvements in productivity, reliability, and safety.

Working with Federico and his team at Valiot.io, and with full support of Sergio Rodriguez, vice president of manufacturing at Heineken México, Aguilera and the Monterrey brewery team began connecting the enterprise resource plan and in-floor sensors to digitize the brewing process. Valiot’s data monitors assured a complete data quality interaction with the application. Fed by real-time data, machine learning was applied for filtering and the BBT process to optimize the daily-optimized production schedule. As a result, BBT and filtration time were reduced in each cycle. Brewing capacity also increased significantly per month. The return on the investment was clear within the first month of implementation.

The migration to digital has enabled Heineken México to have a real-time visualization of the bottling lines and filtering conditions in each batch. With AI constantly monitoring and learning from ongoing production, the technology automatically optimizes efficiency every step of the way. And, using the real-time visualization tools, human operators in the factory can now make adjustments on the fly without slowing down or stopping production. On top of that, the operators can do their jobs from home effectively, which has had significant benefits given the Covid-19 pandemic.

The Valoit team was required to be present on the floor with the operators to decode what they were doing, and the algorithm had to be constantly tested against performance. According to Sergio Rodriguez Garza, vice president supply chain for Heineken México, success was ultimately based on the fact that Valiot’s approach was impacting the profit and loss, not simply counting the number of use cases implemented.

“The people who make the algorithms do not always know where the value in the facility is,” says Garza. “For this reason, it is important to create a bridge between the areas in charge of digitization and the areas in charge of the process. This process is not yet systematic; each plant has a different bottleneck, and each needs its own diagnosis. However, the process of diagnosis is systematic, and each plant manager is responsible for his/her own plant’s diagnosis of the bottleneck.”

“A unique diagnosis is the key,” adds Carrier, “and a quality diagnosis is based on a fundamental understanding of systems thinking.”