The Future of Artificial Intelligence – The Rise of the USA!

The Three World Split series is a collaboration between Matthew James Bailey and MKAI – an international community of leaders in Artificial Intelligence.

Welcome to the second article discussing the Future of Artificial Intelligence. This is part of the Three World Split series discussing the different human-machine world realities being chosen by the EU, US and China.

This series will explain world-leading strategies and blueprints from Inventing World 3.0 for nations and organisations to create a winning and flourishing partnership with Artificial Intelligence. We will also discuss as the series progresses, guidelines on how the three world split can successfully exist with a game plan for re-unification in the future.

The Rise of the United States of America

In last month’s article we discussed The Three World Split. A new multi-world reality where the civilizations of the USA – China and European Union are heading into different futures with Artificial Intelligence. In this article, we will take a quick look at how the United States, after careful preparation, is rising up as a global super power in the future of Artificial Intelligence. But first, let’s take a look at some historical events.

In 2007, The Prime Minister of Japan, Shinzo Abe, formed a Quad Country Alliance between – Japan – USA – India and Australia. Combined, these four nations control 35% of the Global Domestic Product (GDP), just shy of 30 Trillion USD. Whilst these countries have diverse cultural heritages they share similar democratic and societal values. Japan has a national strategy called Society 5.0. This is a holistic approach to guide a meaningful partnership between technology and humans that honors values held by their society. This national initiative to create harmony between digital and organic intelligences is admired across the world as a leading model for the future of techno-centric civilizations.

Fast forward to 2017. In July 2017, As part of its global strategy on Artificial Intelligence, China’s announced it will become a global leader in AI by 2030. This is part of a broader strategy of Made in China, a national approach for the nation to be a world leading provider of cutting edge technologies, such as Robotics and Green Cars.

It is of no surprise that this announcement grabbed the attention of the democratic nations, who are also investing heavily to become global leaders in the future of Artificial Intelligence. It is possible that Artificial Intelligence will become the global battleground between the agendas and values of democracy and communism.

The good news is that the USA is preparing to address the China threat. On March 1st 2021 The National Security Commission on Artificial Intelligence (NSCAI) submitted its final report to Congress and the President. This is a comprehensive and well written report spanning hundreds of pages outlining $32Billion USD of investment and strategies to power America into an AI-centric future. You can view the report here. It is split into two parts – Defending America in the AI Era and Winning the Technology Competition.

Some of the approach outlined by the NSCAI align with the guidelines and strategies explained in my book Inventing World 3.0. For example, developing regions in the USA to become centers of excellence in AI, to support Parts 1 and 2 of the NCSAI strategy. This makes very good sense.

Regional innovation is inclusive. It powerfully brings together local stakeholders within a collaborative format and with common purpose. In this case, to determine the future of the United States and its partnership with Artificial Intelligence. Imagine regions across the US working together to advance different aspects of AI addressing domestic issues such as transportation and climate change as well as tackling national security issues. An entire country is being mobilized for action!

If guided mindfully and with experience, regional innovation ecosystem models can be very effective. We have seen this with the global phenomenon – Smart Cities and here in Colorado with their state-wide Smart Cities Alliance. Large scale innovation eco-systems are incredibly complex and require experienced leadership from the private sector in partnership with government and academia. Effective innovation must be people-centric. It requires an unrestricted mindset – one powered by our imagination to refer to the famous Albert Einstein. I recently published a whitepaper on Artificial Intelligence within Cities – the next stage of societal digital transformation. Check it out on our home page.

Furthermore, investing in advanced computing and telecoms to interconnect regions is another tactic that I endorse from the NSCAI. This is documented in my book and have spoken about this domestic tactic at several high profile events. One of the key factors to regional and inter-regional success will be lightening speed computing to train Artificial Intelligence, the ability to share huge tranches of data and deploy Artificial Intelligence across regions and domestic-wide. The US is about to build a national digital infrastructure for Artificial Intelligence. The AI-centric future is coming. American Dream 3.0 perhaps?

One further point worth mentioning, is the education and development of skills for students to become Jedi’s in Artificial Intelligence. Finland has a national program where 1% of the general public is being trained in AI – about 55,000 persons. Including the general public and the next generation of innovators to shape AI-Centric futures makes very good sense. However, people are not automatons. It is imperative that we maintain investment in the arts, sports and other non-techno aspects of the human expression. We must guard our creative future carefully. It enriches our souls.

In closing and returning to the Quad Countries. America is mobilizing its allies to drive a democratic-centric global AI agenda. It was two weeks ago I participated in a private event hosted by the think tank ORF America  together with The National Security Commission on AI and members of the Quad Countries. All four nations were impressive in their tactics and approach to Artificial Intelligence, many of whom have a strong ethical and responsible approach to guide the future of this digital intelligence. It was fabulous to see that these countries are replicating some of the principles documented in Inventing World 3.0.

As we look into the future, it is worth keeping an eye on the United States, they are onto something spectacular.

Matthew James Bailey is the author of Inventing World 3.0. He is an internationally recognized authority on Innovation, Artificial Intelligence, IoT, Smart Cities

Click here to purchase your copy of Inventing World 3.0. Discover how to invent a flourishing world for humankind and AI using Evolutionary Ethics for Artificial Intelligence™. 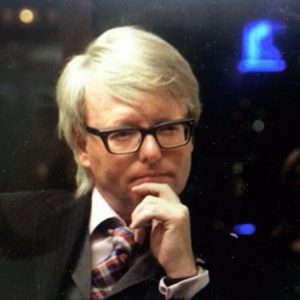 Matthew James Bailey is author of Inventing World 3.0. He is internationally recognised authority on Innovation, Artificial Intelligence, Smart Cities and IoT. His extraordinary leadership is widely acknowledged throughout governments and the private sector. He is a sought-after advisor and keynote speaker.