Technology for all, or the few? Beware of conscious, and unconscious, exclusion

Today, three billion people won’t be going online to purchase goods, transfer money, update their social media, or look something up. Tomorrow they won’t be doing it, either, or next week. Or next month. In fact, there’s little chance many of them will be doing it for the foreseeable future.

Sitting in a comfortable office in the UK, it’s easy to see the world as connected, always-on, smartphones in everyone’s hands, apps dominant. But the reality for almost half of the people on the planet is really very different.

As technology or platform developers, every time we make a decision to build something we’re either consciously, or unconsciously, excluding vast numbers of people from using it. If your technology lives online, those three billion people will likely not be able to get to it. Build something for a smartphone, and the number of people you’re excluding is likely the same. These are big numbers. Of course, many of these three billion might not be in your target market – they’re perhaps too rural, too poor, too uneducated, too far away, or a combination of all four. And that’s fine, perhaps, if you’re developing a game, or an innovative new way of ordering pizza. But if you’re building something that gives access to life saving medicine, or might help people dig their way out of poverty, then it does.

I spent most of my technology career focused on the application of text messages (SMS) in developing countries. I was acutely aware that anything else would immediately exclude vast numbers of people – the very people, in fact, that I wanted to help. In order to reach the vast majority – everyone with a phone, in this case – I needed to build something that would work on every phone. SMS does just that. The minute you move to messaging apps you begin excluding those without smartphones, without the internet, or without basic digital literacy skills – most often the most vulnerable and needy, in other words. Ironically, the greatest humanitarian and environmental needs also happen to be in the hardest to reach places, where technology choice, or technology infrastructure, are either non-existent or weak.

In the 1970’s the concept of ‘appropriate technology’ began to emerge. Popularised by the book ‘Small is Beautiful’ by E. F. Schumacher, it was built on the idea of building the simplest, most technologically and culturally appropriate solution to a problem, that made use of what people had in their hands, and what they understood. The appropriate technology movement was seen as a reaction to the often high-tech, inappropriate solutions which were being brought in from outside, solutions which rarely worked or could rarely be maintained by local people, those people often living in very different conditions than the solutions were built to work in.

The problem with appropriate technology solutions is they’re often based on simple, often older, less-exciting technologies. I battled for years convincing people it was worth giving money to SMS-based platforms when most investors, and donors, wanted to put their money into new and shiny things, technologies are seen as ‘innovative’. The problem with that approach is that few of the new and shiny things actually work in the places they’re needed to work. It didn’t stop people trying, and I spent years writing and speaking about how we were missing a trick by building ‘clever’ things that solved nothing.

After 15 incredible years I closed my company, kiwanja.net, and in 2018 joined Yoti as their Head of Social Purpose. Yoti is a London-based technology company on a mission to become the world’s trusted identity platform. Founded in 2014, Yoti is a team of approaching 400 people with headquarters in central London, an office in India and a growing presence in the USA. Our primary offering is a free digital identity app that gives you a simple and secure way to prove your identity, online and in person. You can use Yoti to prove your age, verify the identity of people you meet online, prove who you are to businesses and log into websites without passwords.

Of course, an app that needs a smartphone and connectivity to work falls into the very trap I was talking about earlier. Because of this, we’ve also been working on a low-tech, simple, offline digital identity solution called Yoti Key for users in last mile, grassroots settings. Yoti Keys will work without the Internet, and on low-cost tablets, and require little training or digital literacy skills. Sadly the pandemic hit our early efforts at field trials, but we hope to pick up on these again soon.

There has likely never been a better time to work in technology if you’re looking to build a solution that provides social value, and that you can scale almost overnight. The key is to be aware of the technology choices we make as we rush our solutions to market, and ensure that we exclude as few people as possible – particularly those who might benefit most from what we build.

Ken’s latest book, The Pursuit of Purpose, is available for pre-order on Kickstarter right now: https://www.kickstarter.com/projects/kiwanja/the-pursuit-of-purpose 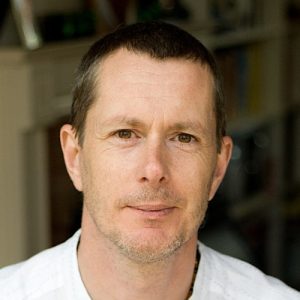 Ken Banks is Head of Social Purpose at Yoti. He is an award-winning social entrepreneur, mobile technology and global development expert and author, a PopTech Fellow, a Tech Awards Laureate, an Ashoka Fellow and a National Geographic Emerging Explorer. In 2013 he was nominated for the TED Prize and in 2018 he was appointed Visiting Fellow at the prestigious Judge Business School in Cambridge.