Q&A: Cathy Wu on developing algorithms to safely integrate robots into our world 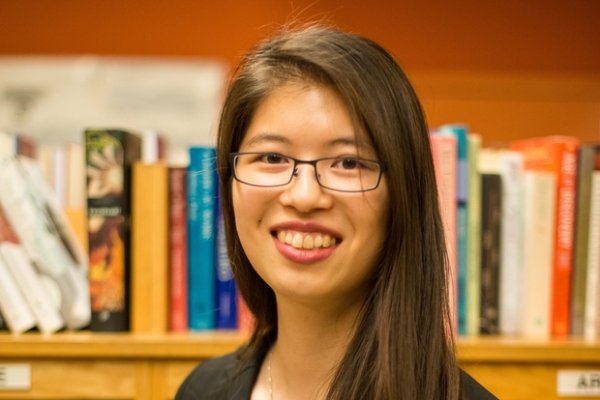 Cathy Wu is the Gilbert W. Winslow Assistant Professor of Civil and Environmental Engineering and a member of the MIT Institute for Data, Systems, and Society. As an undergraduate, Wu won MIT’s toughest robotics competition, and as a graduate student took the University of California at Berkeley’s first-ever course on deep reinforcement learning. Now back at MIT, she’s working to improve the flow of robots in Amazon warehouses under the Science Hub, a new collaboration between the tech giant and the MIT Schwarzman College of Computing. Outside of the lab and classroom, Wu can be found running, drawing, pouring lattes at home, and watching YouTube videos on math and infrastructure via 3Blue1Brown and Practical Engineering. She recently took a break from all of that to talk about her work.

Q: What put you on the path to robotics and self-driving cars?

A: My parents always wanted a doctor in the family. However, I’m bad at following instructions and became the wrong kind of doctor! Inspired by my physics and computer science classes in high school, I decided to study engineering. I wanted to help as many people as a medical doctor could.

At MIT, I looked for applications in energy, education, and agriculture, but the self-driving car was the first to grab me. It has yet to let go! Ninety-four percent of serious car crashes are caused by human error and could potentially be prevented by self-driving cars. Autonomous vehicles could also ease traffic congestion, save energy, and improve mobility.

I first learned about self-driving cars from Seth Teller during his guest lecture for the course Mobile Autonomous Systems Lab (MASLAB), in which MIT undergraduates compete to build the best full-functioning robot from scratch. Our ball-fetching bot, Putzputz, won first place. From there, I took more classes in machine learning, computer vision, and transportation, and joined Teller’s lab. I also competed in several mobility-related hackathons, including one sponsored by Hubway, now known as Blue Bike.

A: Both systems are highly complex, and our classical modeling tools are woefully insufficient. Integrating autonomous vehicles into our existing mobility systems is a huge undertaking. For example, we don’t know whether autonomous vehicles will cut energy use by 40 percent, or double it. We need more powerful tools to cut through the uncertainty. My PhD thesis at Berkeley tried to do this. I developed scalable optimization methods in the areas of robot control, state estimation, and system design. These methods could help decision-makers anticipate future scenarios and design better systems to accommodate both humans and robots.

A: I took John Schulman and Pieter Abbeel’s reinforcement learning class at Berkeley in 2015 shortly after Deepmind published their breakthrough paper in Nature. They had trained an agent via deep learning and reinforcement learning to play “Space Invaders” and a suite of Atari games at superhuman levels. That created quite some buzz. A year later, I started to incorporate reinforcement learning into problems involving mixed traffic systems, in which only some cars are automated. I realized that classical control techniques couldn’t handle the complex nonlinear control problems I was formulating.

Deep RL is now mainstream but it’s by no means pervasive in robotics, which still relies heavily on classical model-based control and planning methods. Deep learning continues to be important for processing raw sensor data like camera images and radio waves, and reinforcement learning is gradually being incorporated. I see traffic systems as gigantic multi-robot systems. I’m excited for an upcoming collaboration with Utah’s Department of Transportation to apply reinforcement learning to coordinate cars with traffic signals, reducing congestion and thus carbon emissions.

Q: You’ve talked about the MIT course, 6.007 (Signals and Systems), and its impact on you. What about it spoke to you?

A: The mindset. That problems that look messy can be analyzed with common, and sometimes simple, tools. Signals are transformed by systems in various ways, but what do these abstract terms mean, anyway? A mechanical system can take a signal like gears turning at some speed and transform it into a lever turning at another speed. A digital system can take binary digits and turn them into other binary digits or a string of letters or an image. Financial systems can take news and transform it via millions of trading decisions into stock prices. People take in signals every day through advertisements, job offers, gossip, and so on, and translate them into actions that in turn influence society and other people. This humble class on signals and systems linked mechanical, digital, and societal systems and showed me how foundational tools can cut through the noise.

Q: In your project with Amazon you’re training warehouse robots to pick up, sort, and deliver goods. What are the technical challenges?

A: This project involves assigning robots to a given task and routing them there. [Professor] Cynthia Barnhart’s team is focused on task assignment, and mine, on path planning. Both problems are considered combinatorial optimization problems because the solution involves a combination of choices. As the number of tasks and robots increases, the number of possible solutions grows exponentially. It’s called the curse of dimensionality. Both problems are what we call NP Hard; there may not be an efficient algorithm to solve them. Our goal is to devise a shortcut.

Routing a single robot for a single task isn’t difficult. It’s like using Google Maps to find the shortest path home. It can be solved efficiently with several algorithms, including Dijkstra’s. But warehouses resemble small cities with hundreds of robots. When traffic jams occur, customers can’t get their packages as quickly. Our goal is to develop algorithms that find the most efficient paths for all of the robots.

Q: Are there other applications?

A: Yes. The algorithms we test in Amazon warehouses might one day help to ease congestion in real cities. Other potential applications include controlling planes on runways, swarms of drones in the air, and even characters in video games. These algorithms could also be used for other robotic planning tasks like scheduling and routing.

Q: AI is evolving rapidly. Where do you hope to see the big breakthroughs coming?

A: I’d like to see deep learning and deep RL used to solve societal problems involving mobility, infrastructure, social media, health care, and education. Deep RL now has a toehold in robotics and industrial applications like chip design, but we still need to be careful in applying it to systems with humans in the loop. Ultimately, we want to design systems for people. Currently, we simply don’t have the right tools.

Q: What worries you most about AI taking on more and more specialized tasks?

A: AI has the potential for tremendous good, but it could also help to accelerate the widening gap between the haves and the have-nots. Our political and regulatory systems could help to integrate AI into society and minimize job losses and income inequality, but I worry that they’re not equipped yet to handle the firehose of AI.

A: “How to Avoid a Climate Disaster,” by Bill Gates. I absolutely loved the way that Gates was able to take an overwhelmingly complex topic and distill it down into words that everyone can understand. His optimism inspires me to keep pushing on applications of AI and robotics to help avoid a climate disaster.