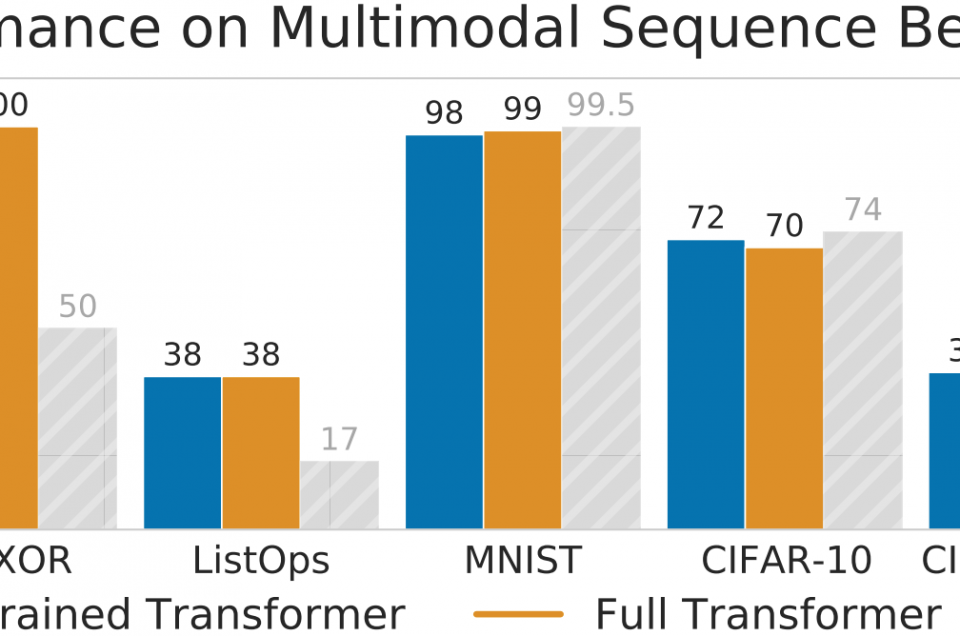 Transformers have been successfully applied to a wide variety of modalities:
natural language, vision, protein modeling, music, robotics, and more. A common
trend with using large models is to train a transformer on a large amount of
training data, and then finetune it on a downstream task. This enables the
models to utilize generalizable high-level embeddings trained on a large
dataset to avoid overfitting to a small task-relevant dataset.

We investigate a new setting where instead of transferring the high-level
embeddings, we instead transfer the intermediate computation modules – instead
of pretraining on a large image dataset and finetuning on a small image
dataset, we might instead pretrain on a large language dataset and finetune on
a small image dataset. Unlike conventional ideas that suggest the attention
mechanism is specific to the training modality, we find that the self-attention
layers can generalize to other modalities without finetuning.

To illustrate this, we take a pretrained transformer language model and
finetune it on various classification tasks: numerical computation, vision, and
protein fold prediction. Then, we freeze all the self-attention blocks except
for the layer norm parameters. Finally, we add a new linear input layer to read
in the new type of input, and reinitialize a linear output layer to perform
classification on the new task. We refer to this as “Frozen Pretrained
Transformer”.

Across the tasks, a token fed to the model represents a small amount of
information: for example, it could be a single bit, or a 4×4 image patch. In
particular, the tokens can only communicate with each other via the
self-attention mechanism, which is not being trained at all on the downstream
task. We investigate if these mechanisms – learned exclusively from natural
language data – can be used for another modality in zero shot.

We show test accuracies for a variety of tasks below. We FPT can match or
improve the performance of training a transformer fully from scratch! This
indicates that, somehow, the attention mechanisms are general enough that we
can feed in relatively arbitrary inputs and still generate useful embeddings
for downstream classification.

We also find that, when computing the elementwise XOR of two bitstrings,
despite the self-attention parameters being frozen, by learning input
embeddings to feed into the attention layer it is possible to force the
self-attention to attend to the relevant bits for strings of length up to 256
(length of 5 shown below): 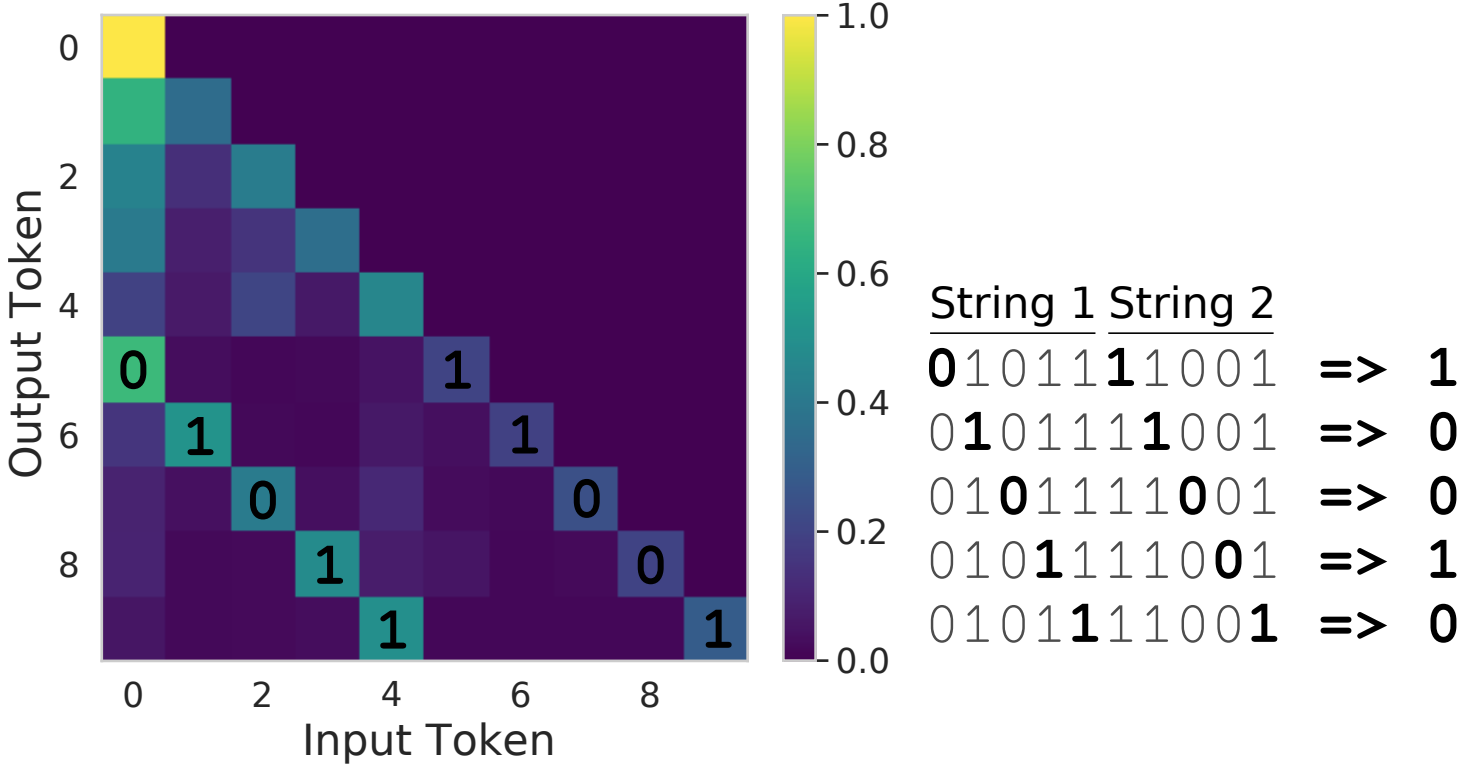 An open question is then what the benefit of pretraining on language is.
Instead of initializing the transformer parameters from a pretrained model, we
could instead initialize them randomly or by pretraining on the Bit Memory
task, which ablate against no supervision or weak memory supervision, instead.
Our results indicate that all three methods of initialization can work well,
but language still performs the best, somehow providing an interesting set of
pretrained layers: for example, on CIFAR-10, the base FPT model achieves an
accuracy of 68%, versus 63% from Bit Memory pretraining or 62% from random
initialization. Furthermore, we find the language-pretrained frozen
transformers converge faster than the randomly initialized frozen transformers,
typically by a factor of 1-4x, indicating that language might be a good
starting point for other tasks.

We’re very interested in a better understanding of the capability of language
models or hybrid-modality transformers for the goal of a universal computation
engine. We think there are a lot of open questions to be explored in this
space, and are excited to see new work in multimodal training.