The project will develop a dialogue system interface to existing databases of the arguments surrounding controversial topics such as Should the United Kingdom remain a member of the European Union? or Should all humans be vegan?

Users will be able to have a Moral Maze style chat with the dialogue system. Moral Maze is a longrunning popular BBC 4 Radio programme in which a panel discusses a controversial topic with the help of witnesses and a host who chairs the conversation. The dialogue system consists of a panel of Argumentation Bots (ArguBots) who present arguments for or against the topic under discussion (the pro and con ArguBots), a host ArguBot and a witness ArguBot (that can provide detailed evidence). The user is invited to join the panel and voice their views on the topic under discussion. Thus the user can explore what they thought and what others thought about the controversial topic.

An important part of the projects will be to evaluate the effects on people’s appreciation of the complexity of debate and attendant ability to comprehend the world from other people’s point of view or perspective. 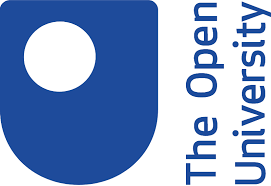 Commenced January 2021 for a period of two years

Apply to join the MKAI Opening Up Minds Working Group