The Lessons of the First Industrial Revolution series is a collaboration between Michael Baxter (Techopian) and MKAI – an international community of leaders in Artificial Intelligence.

It is a much-forgotten point, but economic growth was barely a thing before the First Industrial Revolution.

Take Britain. From the collapse of the Western Roman Empire to the early years of the 19th Century, GDP per capita grew at a pace that makes a snail seem like a Ferrari. From 1820 economic growth took off. Between 1820 and 1870, GDP per capita almost doubled. The pace got even quicker between 1870 and 1914, dipped a bit between the two World Wars, although it was still fast compared to the long term average, and then accelerated again. In Britain, the golden age of economic growth — the period when growth was its fastest-ever — occurred between 1950 and the mid-1970s. It was similar across most of the West. The period that saw the second fastest growth rate ever is the period since the mid-1970s.  But since 2008, the pace has dipped again.

So why is that? We can theorise until the cultured beef comes home, but it is not hard to extrapolate the main factor: technology.

In 1764 James Hargreaves invented the Spinning Jenny. In 1769 James Watt was granted his first patent and invented a new unit of measurement— horsepower. Watt didn’t invent the steam engine, but he was a pivotal figure (or so the history books tell us) in its development.

In that same year, Richard Arkwright invented the water frame, technology for powering the Spinning Jenny by water? A few years later, he created the world’s first large scale factory.

Do I need to go on? It was an age of extraordinary invention. You can drill down if you like and ask, but what caused the industrial revolution? But the answer to that is that it’s complicated; there was no one reason. You could trace the roots back to the invention of the printing press, the discovery of the New World, or maybe capitalism. The industrial revolution was preceded by the enclosures movement in which the old feudal system of agriculture involving strips of land was upended. A side-effect was the creation of a new entrepreneurial mindset and wealthy landlords looking for ways to invest their wealth.  Michael Kremer said that population growth fuelled the industrial revolution.

I have my own little theory that the discovery of gold in the New World helped fund both innovation and consumer demand for that innovation. (This is not an idea that goes down well with mainstream economists who say innovation creates its own demand, but I think the real world and economic theory have very little in common.)

I think Tolstoy was close to the mark when he said: “Happy families are all alike; every unhappy family is unhappy in its own way.” There isn’t one thing that makes a family happy; it needs health, affection, financial stability, etcetera.  For the first industrial revolution to have occurred, it needed lots of things in place.

Without this perfect storm, the revolution would have petered out. For example, in Ancient Crete, there is evidence of an early printing press used in the minting of coins.  There are also archaeological remains of children’s toys developed by the Aztecs containing a wheel. But the printing press didn’t change the ancient world as it did 3,000 or so years later; the Aztecs didn’t develop the wheel further. So there has to be a need for the technology.

Notwithstanding the above points, I think there is an overriding factor at play with technology. Ideas build upon existing ideas. Innovation follows a course not dissimilar to evolution. Ideas and technologies evolve, but the timing must be right too.

In my view, AI is up there with the steam engine and electricity as a general-purpose technology that will change the world.

The internet is up there with the printing press and writing as a technology that spreads ideas. The Metaverse will take this a step further.

Neither the internet nor AI would have been possible without computers and Moore’s Law.

Computers would not have been possible without electricity— clockwork would never have been sufficient.

And the take up of electricity would never have happened without the preceding industrial revolution.

AI and the internet, the Metaverse, and augmented and virtual reality will change the world, just like steam power and electricity did.

But two important points are missing from the above narrative: time lags and the importance of inclusivity; I’ll talk about time lags next time. 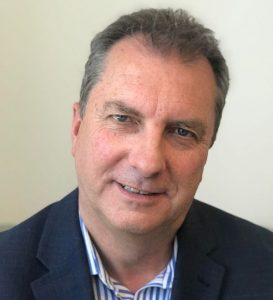 Michael Baxter is the Editor in Chief at www.Techopian.com and the author of Living in the Age of the Jerk: https://www.amazon.co.uk/Living-Age-Jerk-Technology-Innovation/dp/1838040900