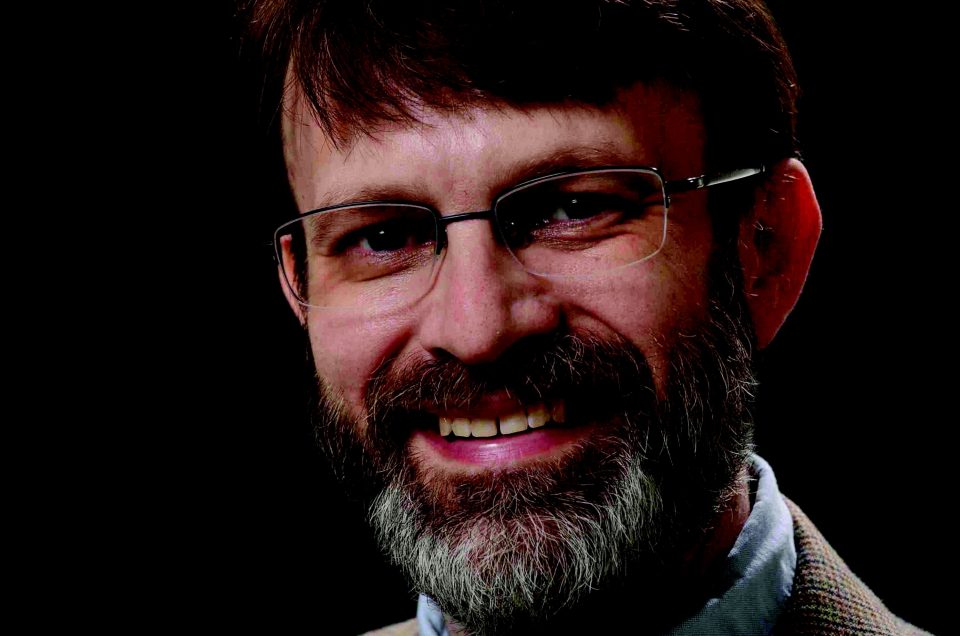 Jeremy Kepner, a Lincoln Laboratory Fellow in the Cyber Security and Information Sciences Division and a research affiliate of the MIT Department of Mathematics, was named to the 2021 class of fellows of the Society for Industrial and Applied Mathematics (SIAM). The fellow designation honors SIAM members who have made outstanding contributions to the 17 mathematics-related research areas that SIAM promotes through its publications, conferences, and community of scientists. Kepner was recognized for “contributions to interactive parallel computing, matrix-based graph algorithms, green supercomputing, and big data.”

Since joining Lincoln Laboratory in 1998, Kepner has worked to expand the capabilities of computing at the laboratory and throughout the computing community. He has published broadly, served on technical committees of national conferences, and contributed to regional efforts to provide access to supercomputing.

“Jeremy has had two decades of contributing to the important field of high performance computing, including both supercomputers and embedded systems. He has also made a seminal impact to supercomputer system research. He invented a unique way to do signal processing on sparse data, critically important for parsing through social networks and leading to more efficient use of parallel computing environments,” says David Martinez, now a Lincoln Laboratory fellow and previously a division head who hired and then worked with Kepner for many years.

At Lincoln Laboratory, Kepner originally led the U.S. Department of Defense (DoD) High Performance Embedded Computing Software Initiative that created the Vector, Signal and Image Processing Library standard that many DoD sensor systems have utilized. In 1999, he invented the MatlabMPI software and in 2001 was the architect of pMatlab (Parallel Matlab Toolbox) that has been used by thousands of Lincoln Laboratory staff and scientists and engineers worldwide. In 2011, the Parallel Vector Tile Optimizing Library (PVTOL), developed under Kepner’s direction, won an R&D 100 Award.

“Jeremy has been a world leader in moving the state of high performance computing forward for the past two decades,” says Stephen Rejto, head of Lincoln Laboratory’s Cyber Security and Information Sciences Division. “His vision and drive have been invaluable to the laboratory’s mission.”

Kepner led a consortium to pioneer the Massachusetts Green High Performance Computing Center, the world’s largest and, because of its use of hydropower, “greenest” open research data center, which is enabling a dramatic increase in MIT’s computing capabilities while reducing its CO2 footprint. He led the establishment of the current Lincoln Laboratory Supercomputing Center, which boasts New England’s most powerful supercomputer. In 2019, he helped found the U.S. Air Force-MIT AI Accelerator, which leverages the expertise and resources of MIT and the Air Force to advance research in artificial intelligence.

“These individual honors are a recognition of the achievements of our entire Lincoln team to whom I am eternally indebted,” Kepner says.

Kepner’s recent work has been in graph analytics and big data. He created a novel database management language and schema (Dynamic Distributed Dimensional Data Model, or D4M), which is widely used in both Lincoln Laboratory and government big data systems.

His publications range across many fields — data mining, databases, high performance computing, graph algorithms, cybersecurity, visualization, cloud computing, random matrix theory, abstract algebra, and bioinformatics. Among his works are two SIAM bestselling books, “Parallel MATLAB for Multicore and Multinode Computers” and “Graph Algorithms in the Language of Linear Algebra.” In 2018, he and coauthor Hayden Jananthan published “Mathematics of Big Data” as one of the books in the MIT Lincoln Laboratory series put out by MIT Press.

Kepner, who joined SIAM during his graduate days at Princeton University, has not only published books and articles through SIAM but also been involved with the SIAM community’s activities. He has served as vice chair of the SIAM International Conference on Data Mining; advises a SIAM student section; and enlisted SIAM’s affiliation with the High Performance Extreme (originally Embedded) Computing (HPEC) conference, in which he has had “an instrumental role in bringing together the high performance embedded computing community and which under his leadership became an IEEE conference in 2012,” according to Martinez, who founded the Lincoln Laboratory-hosted HPEC conference in 1997.

Kepner is the first Lincoln Laboratory researcher to attain the rank of SIAM Fellow and the ninth from MIT.