In 1995, 37% of computer scientists were women, it has fallen to 24% today and it will continue to decline if we continue on the same path.[1] A research found that 38% of women cited the lack of women in the tech industry as a factor deterring them from entering the sector, it further found that only 19% of women working in the sector were encouraged by female role models. These results highlight the importance and need for more female role models in the industry.[2] Besides this, the lack of representation for women in top roles at start-ups and venture capital firms is another pervasive problem that we are facing.

But when it comes to founding their own companies, the examples seem few and very rarely is there a woman decision-maker at the top. If the same people who ran Web 2.0 are going to lead us into Web 3.0, can we really expect any change in society?

Are We Following The Same Biases?

Today, the biggest metaverse platforms like – Fortnite, Roblox, Sandbox, Decentraland and Meta are all led by white men, only 2 of them have a woman in the role of COO. Women-led start-ups are at the bottom of the funding pyramid. As they face a lot more barriers than men, like subtle and blatant gender bias, heightened fear of failure due to cultural upbringing, lack of access to capital, a smaller network compared to male peers, and many more. Less than 10% of private equity and VC professionals in emerging markets such as India are women[3]. The biggest reason is a male-dominated investment team that impacts the deal pipeline. The most challenging misconception and barrier involve tackling assumptions around women’s role at home and as a birth giver. Women should not be penalised for the time taken away or fall behind on rewards and promotions. Moreover, women entrepreneur capabilities are questioned based on their personal life decisions which is not the case with their male counterparts in general, the journey of establishing a company and making of an entrepreneur is the same regardless of gender. So firstly, it is this mentality that needs to change, and women need to be looked at with a neutral stance, without any biases attached.[4]

In November, only 16% of NFT sales were going to female artists, the stats for non-white women were even worse.[5] The cryptocurrency industry has also developed into a male-dominated sector as of today less than 5% of crypto entrepreneurs are female, out of 121 listed founders of the world’s leading crypto companies, only five are female, and in these 5 companies as well they have at least one fellow male founder.[6] Cryptocurrency – a financial instrument that is leading us into the new world comes with a 20th-century problem – of not enough women participation, as today twice as many men as women invest in cryptocurrency i.e. around 16% of men vs. 7% of women.[7] The gender gap here even exceeds the gap within traditional investments of stocks and real estate, when combining gender and race, the cryptocurrency looks much the same as other financial verticals – only 19% of cryptocurrency investors are white women, and just 4% are Black women.[8] This lack of diversity means whole swaths of the public are missing the opportunity and repeating the same story of the investment industry going back to the very start. But as we are in the early stage of the development of cryptocurrency we can avoid many of the discriminatory pitfalls the traditional investing world has inculcated over the years.

In the Hope of Change: Efforts from the Industry

Despite many problems that women are facing, there are some strong women leaders who are creating the space for women in Web 3.0, by exploring the huge economic as well as social opportunity the new internet is bringing, so that women can have a say in the next web. While men are dominating the early metaverse, female creators in Web 3.0 are rising to the top. Also as cryptos, NFTs and the metaverse are so community-focused, many women feel that they have a certain edge over men. As they are based on a universally accepted blockchain, if a given community no longer suits you, you pick up your digital property and take it to a new one, you’re not chained to any one platform, solving a lot of problems that women faced on Web 2.0. Many female founders of organisations like WomanRise, EveryRealm, Meta Angels etc are hugely contributing in building inclusiveness into the new internet, by making entry points more accessible and less daunting for the crypto-curious women. For example – WomanRise attracts people who are focused on women’s rights, Curious Addys, is the first NFT education project that is based on the philosophy that if women don’t get into it, then the wealth balance won’t change in the next 10-20 years. Similarly, Gamechangers is the first women-led DAO focusing on financing women-led start-ups. Podcasts like Women in Blockchain talk with the mission of bringing inclusivity to the blockchain, their goal is to attract 50,000 women to invest in Blockchain by 2023.[9] Another great effort is the BFF, a community to teach women how to get into crypto. Around 50 female leaders across crypto, tech, business, and other industries have come together to support this project.[10] Another important group is Black Women Blockchain Council, which aims to welcome more black women into the crypto space. Its ambition is to drastically increase the number of black women blockchain developers, empowering half a million of them around the world by 2030.[11] Increasingly, there is funding for women content creators as well, Randi Zuckerberg launched an accelerator called Big Hug that aims to elevate female creators with funding and mentorship.

Besides these important initiatives, much of the mainstream effort to bring women into futuristic internet platforms is as content creators, rather than engineers, developers and leaders of the underlying technology.

There are many important underlying questions and most of that will depend on who is going to control the technology that this content is building on. Giving women a chance to build out the next internet is crucial, to develop a safer and more inclusive internet for all that is truly futuristic.

[2] Kaspersky study on the evolution of women in tech 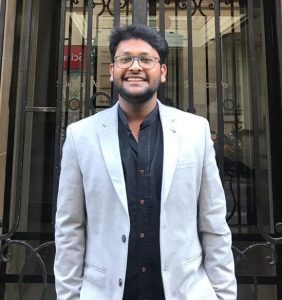 Animesh Jain is a Research Manager at MKAI. He has completed his MA in international security with concentrations in China & East Asia and Diplomacy from Sciences Po, Paris. He has previously worked with organizations including Kubernein Initiative, Tianjin Intertech Corporation, AI Policy Labs, National Skill Development Corporation and Observers Research Foundation in different capacities. 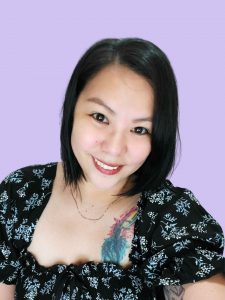 Hazel Reambillo is the Marketing Director for the fast-growing MKAI Inclusive Artificial Intelligence Community. She also manages the events, speaker bookings, social media, web, graphics and content. She has been working in the Communications field for more than 20 years.
As a recognised Role Model and Modern Leader for #WomeninAI and #Womenintech, she successfully balances bringing up a family and driving forward the digital marketing strategy for the Artificial Intelligence Community.
Hazel is an advocate of the MKAI mission to enable everyone; from all walks of life, from all corners of the world, from all disciplines, to be able to contribute meaningfully to the Artificial Intelligence conversation.