How We Can Initiate a Global Epiphany, For a Fairer Future 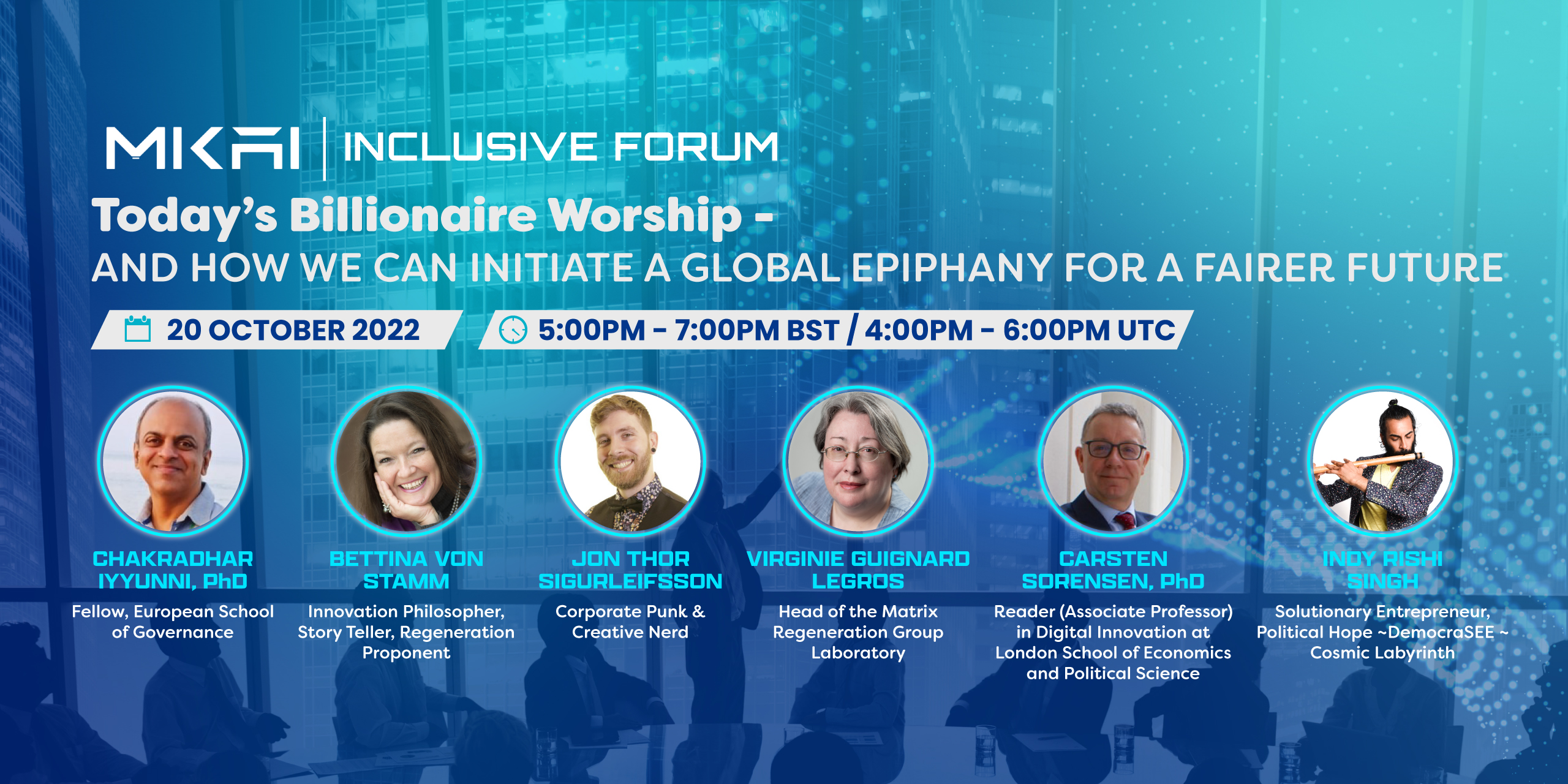 At this month’s Inclusive forum, MKAI will enter into a conversation intended to trigger a reflection about the role we all play in keeping vastly unfair systems of wealth distribution in place.

In January 2019, The New York Times ran an editorial with the provocative heading “abolish billionaires” on its front page. The editorial posed a serious question: what if billionaires are an indication of economic failure rather than economic success?

The article pointed at the actions of companies, particularly the tendency towards monopoly, that are often driven by an unrelenting emphasis on ever-increasing profits to shareholders. And that behind corporate power and corporate actions, the influence of ultra-wealthy shareholders is growing.

The Institute for Policy Studies questions the utility of having billionaires, given the manner in which billionaire wealth is utilised. They evidence the Panama Papers and other exposés to point out that many of the ultra-wealthy actively utilise a covert global network of tax havens to pay as little tax as possible. A groundbreaking study revealed that the super-rich pay up to 30 percent less tax than they should, depriving governments of billions in tax income that could have been spent on schools or hospitals.

We live in a time when the child of a working single parent can become a billionaire, and the fact this is possible shows the success of our free markets and the empowerment of each individual. The disadvantage of this notion is the widespread belief that everyone is self-made. This myth, perhaps, has become hard-wired into our psyche, preventing us from acknowledging that we are a product of our culture, of luck, and that we are born into an era of extreme wealth, prosperity, and opportunity.

The concept of individual merit, effort, and talent is pervasive in contemporary communities. Whilst laudable, it is questionable whether such traits should permit an individual to gain and hold on to vast wealth. In some cases, more money than they could ever spend.

During the forum, we would want to pose the following questions:

Gratitude to Scott Galloway for inspiring this forum with this recent article.

MKAI events are inclusive. Our expert speakers are carefully selected for their ability to make the subject approachable and understandable. MKAI aims to help everyone improve their fluency and understanding of our world and the convergence of technologies.