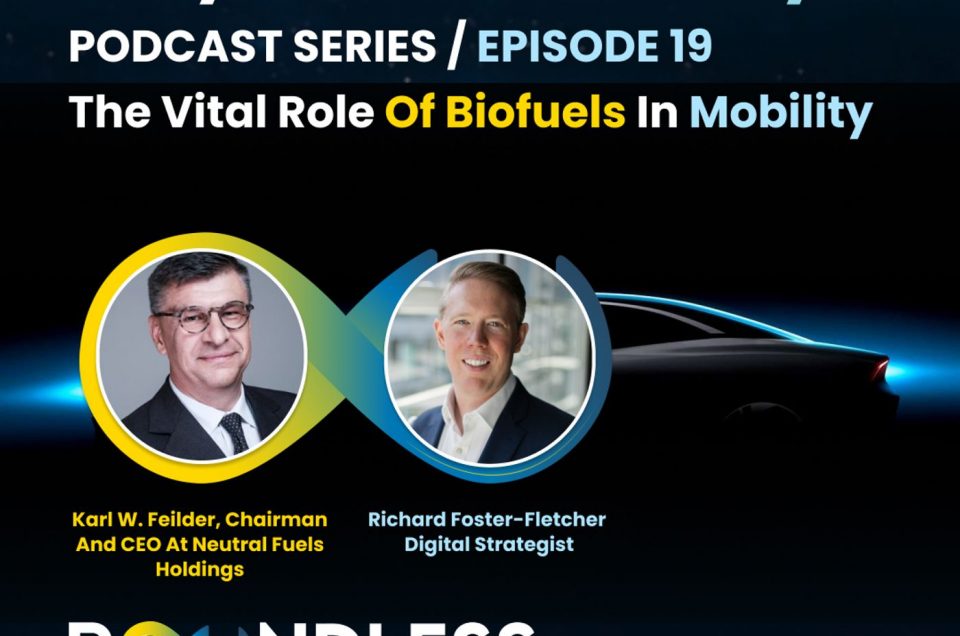 💬 “You could argue that running an existing vehicle that doesn’t need any modifications on a fuel that has 85% lower impact on the planet is probably better than changing the vehicle for a battery powered one.” Karl W. Feilder

This is a conversation with Karl Feilder

🎙️ Karl is a serial tech entrepreneur and business sustainability advocate. His direct actions to mitigate climate change have resulted in over 15 million tonnes of CO2, achieved from working with global corporations, such as DHL, Del Monte, Anglo American, and McDonald’s.

Karl has previously built five companies to exit via trade sale, and taken two more to their Initial Public Offering (IPO). He is now preparing Neutral Fuels Ltd, a company that produces biofuel from used cooking oil, for an IPO in 2024.

🎧 In this episode of the Beyond Journeys series on the @Boundless Podcast, Karl talks about:
💡 1.) setting up a Biofuels company in the heartland of oil production
💡 2.) building a carbon neutral fuel company with an aim to reduce emissions by 85%, without replacing vehicles
💡 3.) why he loves Harley Davidson and saving the species
💡 4.) the role for realists as well as environmentalists
💡 5.) how he mixes work, travel, pleasure and music
This is the Beyond Journeys series on the Boundless Podcast, we are exploring how the electrification of road travel will impact our lives and environment.