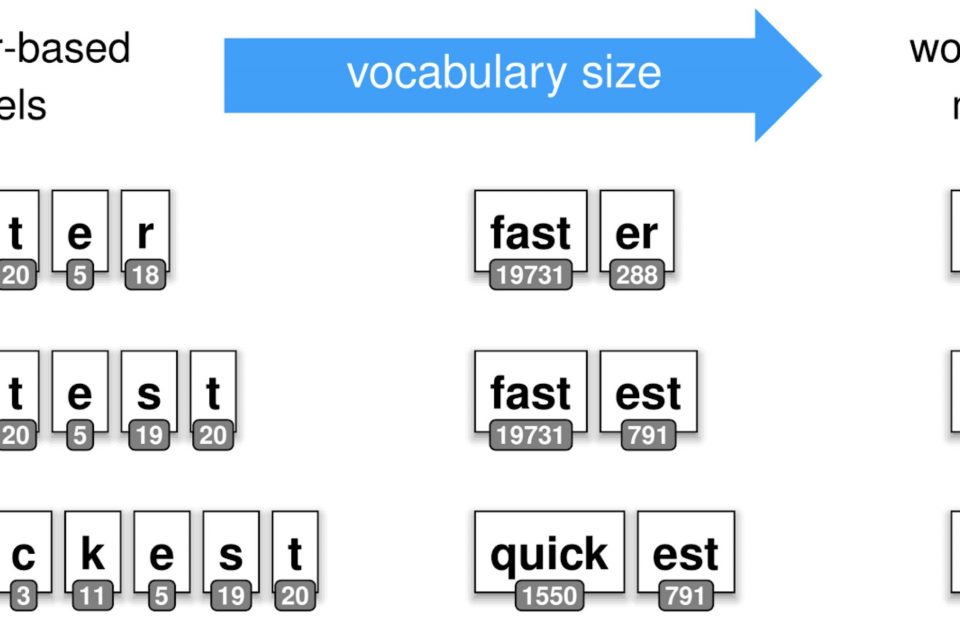 Most of the world’s text is not in English. To enable researchers and practitioners to build impactful solutions in
their domains, understanding how our NLP architectures fare in many languages needs to be more than an afterthought.
In this post, we introduce our latest paper that studies multilingual text classification and introduces MultiFiT,
a novel method based on ULMFiT.
MultiFiT, trained on 100 labeled documents in the target language, outperforms
multi-lingual BERT.
It also outperforms the cutting-edge LASER
algorithm—even though LASER requires a corpus of parallel texts, and MultiFiT does not.

This is joint work by Sebastian Ruder, Piotr Czapla, Marcin Kardas, Sylvain Gugger, Jeremy Howard, and Julian Eisenschlos
and benefits from the hundreds of insights
into multilingual transfer learning from the whole fast.ai forum community.
We invite you to read the full EMNLP 2019 paper
or check out the code here.

If you have ever worked on an NLP task in any language other than English, we feel your pain. The last couple of
years have brought impressive progress in deep learning-based approaches for natural language processing tasks and
there’s much to be excited about. However, those advances can be slow to transfer beyond English. In the
past, most of academia showed little interest in publishing research or building datasets that go beyond the English language,
even though industry applications desperately need language-agnostic techniques. Luckily,
thanks to efforts around democratizing access to machine learning and initiatives such as the
Bender rule,
the tides are changing.

Existing approaches for cross-lingual NLP rely on either:

The main appeal of cross-lingual models like multilingual BERT are their zero-shot transfer capabilities: given only
labels in a high-resource language such as English, they can transfer to another language without any training data in
that language. We argue that many low-resource applications do not provide easy access to training data in a
high-resource language. Such applications include disaster response on social media, help desks that deal with
community needs or support local business owners, etc. In such settings, it is often easier to collect a few hundred training
examples in the low-resource language. The utility of zero-shot approaches in general is quite limited;
by definition, if you are applying a model to some language, then you have some documents in that language.
So it makes sense to use them to help train your model!

In addition, when the target language is very different to the source language (most often English), zero-shot transfer
may perform poorly or fail altogether. We have seen this with cross-lingual word embeddings
and more recently for multilingual BERT.

We show that we can fine-tune efficient monolingual language models that are competitive with multilingual BERT,
in many languages, on a few hundred examples. Our proposed approach Multilingual Fine-Tuning (MultiFiT) is different
in a number of ways from the current main stream of NLP models: We do not build on BERT, but leverage a more efficient
variant of an LSTM architecture. Consequently, our approach is much cheaper to pretrain and more efficient in terms of
space and time complexity. Lastly, we emphasize having nimble monolingual models vs. a monolithic cross-lingual one.
We also show that we can achieve superior zero-shot transfer by using a cross-lingual model as the teacher.
This highlights the potential of combining monolingual and cross-lingual information.

Our method is based on Universal Language Model Fine-Tuning (ULMFiT).
For more context, we invite you to check out the
previous blog post that explains it in depth.
MultiFiT extends ULMFiT to make it more efficient and more suitable for
language modelling beyond English: It utilizes tokenization based on subwords rather than words and employs a QRNN
rather than an LSTM. In addition, it leverages a number of other improvements.

Subword tokenization   ULMFiT uses word-based tokenization, which works well for the morphologically poor English,
but results in very large and sparse vocabularies for morphologically rich languages, such as Polish and Turkish.
Some languages such as Chinese don’t really even have the concept of a “word”, so require heuristic segmentation approaches,
which tend to be complicated, slow, and inaccurate.
On the other extreme as can be seen below,
character-based models use individual characters as tokens. While in this case the vocabulary
(and thus the number of parameters) can be small, such models require modelling longer dependencies and can thus
be harder to train and less expressive than word-based models.

To mitigate this, similar to current neural machine translation models and pretrained language models like BERT and
GPT-2, we employ SentencePiece subword tokenization,
which has since been incorporated into the fast.ai text package.
Subword tokenization strikes a balance between the two approaches by using a mixture of character, subword and word
tokens, depending on how common they are.

This way we can have short (on average) representations of sentences, yet are
still able to encode rare words. We use a unigram language model based on Wikipedia that learns a vocabulary of
tokens together with their probability of occurrence. It assumes that tokens occur independently (hence the unigram in the name).
During tokenization this method finds the most probable segmentation into tokens from the vocabulary.
In the image below we show an example of tokenizing “_subwords” using a vocabulary trained on English Wikipedia
(“_” is used by SentencePiece to denote a whitespace).

QRNN   ULMFiT used a state-of-the-art language model at the time, the AWD-LSTM.
The AWD-LSTM is a regular
LSTM with tuned dropout hyper-parameters. While recent state-of-the-art language models have been increasingly based on
Transformers, such as the Transformer-XL,
recurrent models still seem to have the edge on smaller datasets such as the Penn
Treebank and WikiText-2.

To make our model more efficient, we replace the AWD-LSTM with a Quasi-Recurrent Neural Network (QRNN).
The QRNN
strikes a balance between an CNN and an LSTM: It can be parallelized across time and minibatch dimensions like a CNN
and inherits the LSTM’s sequential bias as the output depends on the order of elements in the sequence.
Specifically, the QRNN alternates convolutional layers, which are parallel across timesteps and a recurrent pooling
function, which is parallel across channels.

In our experiments, we obtain a 2-3x speed-up during training using QRNNs. QRNNs have been used in a number of
applications, such as state-of-the-art speech recognition in the past.

Other improvements   Instead of using ULMFiT’s slanted triangular learning rate schedule and gradual
unfreezing, we achieve faster training and convergence by employing a cosine variant of the
one-cycle policy that is
available in the fast.ai library.
Finally, we use label smoothing,
which transforms the one-hot labels to a
“smoother” distribution and has been found particularly useful when learning from noisy labels.

ULMFiT ensembles the predictions of a forward and backward language model.
Even though bidirectionality has been found to be important
in contextual word vectors, we did not see big improvements for our downstream tasks (text classification)
with ELMo-style joint training. As joint training is quite memory-intensive
and we emphasize efficiency, we opted to just train forward language models for all languages.

The full model can be seen in the below figure. It consists of a subword embedding layer,
four QRNN layers, an aggregation layer, and two linear layers. The aggregation and linear layers are the same as used in ULMFiT.

We compare our model to state-of-the-art cross-lingual models including
multilingual BERT and LASER
(which uses parallel sentences)
on two multilingual document
classification datasets. Perhaps surprisingly, we find that our monolingual language models fine-tuned only on 100
labeled examples of the corresponding task in the target language outperform zero-shot inference (trained on 1000
examples in the source language) with multilingual BERT and LASER.
MultiFit also outperforms the other methods when all models are fine-tuned on 1000 target language examples.

For the detailed results, have a look at the paper.

Zero-shot Transfer with a Cross-lingual Teacher

Still, if a powerful cross-lingual model and labeled data in a high-resource language are available, it would be nice to
make use of them in some way. To this end, we propose to use the classifier that is learned on top of the cross-lingual
model on the source language data as a teacher to obtain labels for training our model on the target language.
This way, we can perform zero-shot transfer using our monolingual language model by bootstrapping from a
cross-lingual one.

To illustrate how this works, take a look at the following diagram:

This is similar to distillation,
which has recently been used to train smaller language models or distill
task-specific information into downstream models. In contrast, to previous work, we do not just seek to distill the
information of a big model into a small model but into one with a different inductive bias. In addition to
circumventing the need for labels in the target language, our approach thus brings another benefit: As the
monolingual model is specialized to the target language, its inductive bias might be more suitable than the more
language-agnostic representations learned by the cross-lingual model. It might thus be able to make
better use of labels in the target language, even if they are noisy.

We obtain evidence for this hypothesis as the monolingual language model fine-tuned on zero-shot predictions
outperforms its teacher in all settings.

Another hypothesis why this teaching works so well is that pretraining makes the monolingual language robust to
noise to some extent. The pretrained information stored in the model may act as a regularizer, biasing it towards
the correct labels that are in line with its knowledge of the language.

As we can see, the pretrained models are much more robust to label noise. Even with 30% noisy labels, they still
maintain about the same performance, whereas the performance of the models without pretraining quickly decays.
This highlights robustness to noise as an additional benefit of transfer learning and may facilitate faster crowd-sourcing and data annotation.

We are initially releasing seven pre-trained language models in German, Spanish, French, Italian, Japanese, Russian, and
Chinese, since they are the ones in the datasets we studied. You can find the code here.
We hope to release many many more, with the help of the community.

The fast.ai community has been very helpful in collecting datasets in many more languages,
and applying MultiFiT to them—nearly always with state-of-the-art results.
For space limitations in the paper those datasets were not included, and we opted to select well used,
balanced multi-lingual datasets. Special thanks to Aayush Yadav,
Alexey Demyanchuk, Benjamin van der Burgh,
Cahya Wirawan, Charin Polpanumas,
Nirant Kasliwal and Tomasz Pietruszka.

Another interesting question to explore further is how very low-resource languages or dialects can benefit from larger
corpora in similar languages.
We are looking forward to seeing what problems you apply MultiFiT to,
so don’t hesitate to ask and share your results in the fast.ai forums.