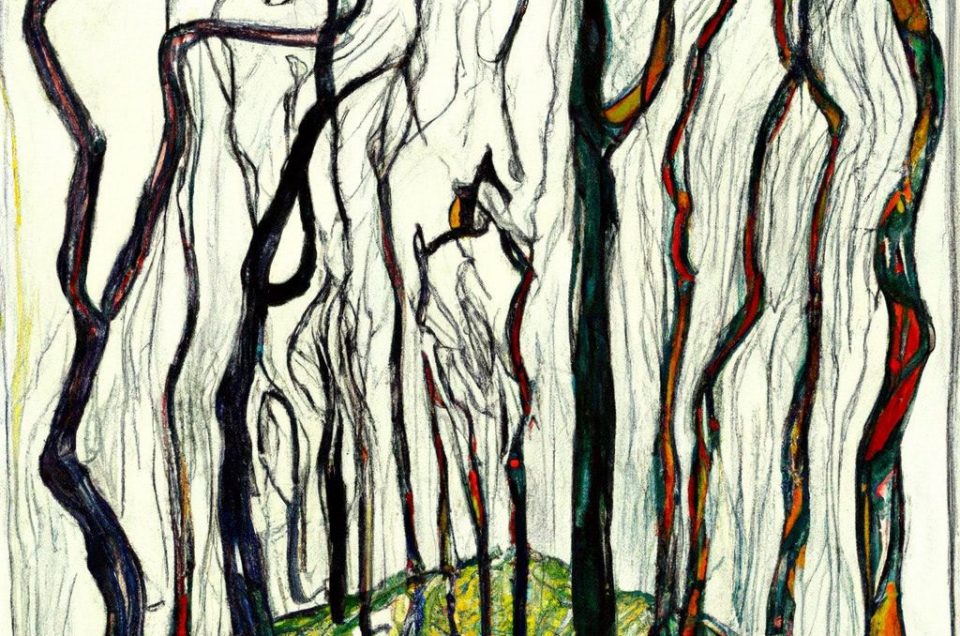 As part of our DALL·E 2 research preview, more than 3,000 artists from more than 118 countries have incorporated DALL·E into their creative workflows. The artists in our early access group have helped us discover new uses for DALL·E and have served as key voices as we’ve made decisions about DALL·E’s features.

Below are just a few examples of how artists are making use of this new technology:

James and his wife Kristin Orrigo created the Big Dreams Virtual Tour which focuses on creating special memories and a positive distraction for pediatric cancer patients around the world. The Orrigos have worked in top children’s hospitals around the country and now virtually meet up with families, bringing children’s ideas to life through personalized cartoons, music videos, and mobility friendly video games. Orrigo says children and teens light up when they see their DALL·E-generated creations, and they are ready to be the star of a story brought to life from their imaginations.

Most recently, Orrigo and his team have been working with a young cancer survivor named Gianna to create a music video featuring herself as Wonder Woman fighting her enemy — the cancer cells.

“We didn’t know what an osteosarcoma villain would look like so we turned to DALL·E as our creative outlet. DALL·E gave us a huge amount of inspiration,” Orrigo said. “Unfortunately, Gianna knows this battle all too well. But we are celebrating her victory by bringing her cartoon music video to real life to spread awareness about pediatric cancer and to give Gianna an unforgettable memory.”

In a project conceived by Austrian artist Stefan Kutzenberger and Clara Blume, Head of the Open Austria Art + Tech Lab in San Francisco, DALL·E was used to bring the poetry of revolutionary painter Egon Schiele into the visual world. Schiele died at 28, but Kutzenberger — a curator at the Leopold Museum in Vienna, which houses the world’s largest collection of Schiele’s works — believes that DALL·E gives the world a glimpse of what Schiele’s later work might have been like if he had had a chance to keep painting. The DALL·E works will be exhibited alongside Schiele’s collection in the Leopold Museum in the coming months.

“A painting of tall trees walking along a road, with chirping and trembling birds in front of a white sky in them in the style of Austrian expressionist Egon Schiele”

“Lakeshore Without Sun, 1913 in the expressionist style of Egon Schiele”

Karen X Cheng, a director known for sharing her creative experiments on Instagram, created the latest cover of Cosmopolitan Magazine using DALL·E. In her post unveiling the process, Karen compared working with DALL·E to a musician playing an instrument.

“Like any musical instrument, you get better with practice…and knowing what words to use to communicate? That’s a community effort — it’s come from the past few months of me talking to other DALL·E artists on Twitter / Discord / DM. I learned from other artists that you could ask for specific camera angles. Lens types. Lighting conditions. We’re all figuring it out together, how to play this beautiful new instrument.”

Israeli chef and MasterChef winner Tom Aviv is debuting his first U.S. restaurant in Miami in a few months and has used DALL·E for menu, decor, and ambiance inspiration — and his team have also used DALL·E to in designing the way they plate dishes.

It was Tom’s sister and business partner Kim’s idea to run a family recipe for chocolate mousse through DALL·E.

“It’s called Picasso chocolate mousse, and it’s a tribute to my parents,” she explained. “DALL·E elevates it to another level — it is just phenomenal. It changed the dish from your usual chocolate mousse to something that does service to the name and to our parents. It blew our minds.”

Branja is expected to open in October.

XR creator Don Allen Stevenson III has used DALL·E to paint physical paintings, design wearable sneakers, and create characters to transform into 3D renders for AR filters. “It feels like having a genie in a bottle that I can collaborate with,” he said.

“Digital tools freed me up to have a life that I am proud of and love,” Stevenson says. “I want to help other people to see creative technology like DALL·E the way that I see it — so they can become free as well.”

San Francisco’s Golden Gate Bridge is one of my most favorite train routes in the world. We’re so lucky that this is our public transit. 🪄🚄

August Kamp, a multimedia artist and musician, says she views DALL·E as a sort of imagination interpreter.

“Conceptualizing one’s ideas is one of the most gatekept processes in the modern world,” Kamp says. “Everyone has ideas — not everyone has access to training or encouragement enough to confidently render them. I feel empowered by the ability to creatively iterate on a feeling or idea, and I deeply believe that all people deserve that sense of empowerment.

Chad Nelson has been using DALL·E to create highly detailed creatures — and he’s made more than 100 of them.

“I had a vision for a cast of charming woodland critters, each oozing with personality and emotional nuance,” Nelson said. His characters range from “a red furry monster looks in wonder at a burning candle” to “a striped hairy monster shakes its hips dancing underneath a disco ball” — each crafted to capture the most human thing of all — feelings.

“DALL·E is the most advanced paint brush I’ve ever used,” Nelson says. “As mind-blowing and amazing as DALL·E is, like the paint brush, it too must be guided by the artist. It still needs that creative spark, that lightbulb in the mind to innovate — to create that something from nothing.”