A Gentle Introduction To Hessian Matrices 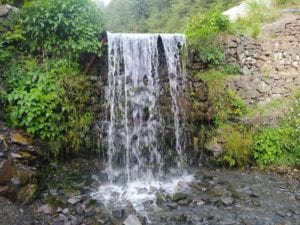 Hessian matrices belong to a class of mathematical structures that involve second order derivatives. They are often used in machine learning and data science algorithms for optimizing a function of interest.

In this tutorial, you will discover Hessian matrices, their corresponding discriminants, and their significance. All concepts are illustrated via an example.

A Gentle Introduction to Hessian Matrices. Photo by Beenish Fatima, some rights reserved.

For this tutorial, we assume that you already know:

What Is A Hessian Matrix?

The Hessian matrix is a matrix of second order partial derivatives. Suppose we have a function f of n variables, i.e.,

The Hessian of f is given by the following matrix on the left. The Hessian for a function of two variables is also shown below on the right.

What Is The Discriminant?

The determinant of the Hessian is also called the discriminant of f. For a two variable function f(x, y), it is given by:

Examples of Hessian Matrices And Discriminants

Suppose we have the following function:

Then the Hessian H_g and the discriminant D_g are given by:

What Do The Hessian And Discriminant Signify?

The Hessian and the corresponding discriminant are used to determine the local extreme points of a function. Evaluating them helps in the understanding of a function of several variables. Here are some important rules for a point (a,b) where the discriminant is D(a, b):

The figure below shows a graph of the function g(x, y) and its corresponding contours.

Why Is The Hessian Matrix Important In Machine Learning?

The Hessian matrix plays an important role in many machine learning algorithms, which involve optimizing a given function. While it may be expensive to compute, it holds some key information about the function being optimized. It can help determine the saddle points, and the local extremum of a function. It is used extensively in training neural networks and deep learning architectures.

In this tutorial, you discovered what are Hessian matrices. Specifically, you learned:

Hessian matrix
Discriminant of a function