A Gentle Introduction to Function Derivatives 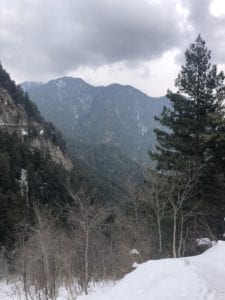 The concept of the derivative is the building block of many topics of calculus. It is important for understanding integrals, gradients, Hessians, and much more.

A Gentle Introduction to Function Derivatives Photo by Mehreen Saeed, some rights reserved

What is the Derivative of a Function

In very simple words,  the derivative of a function f(x) represents its rate of change and is denoted by either f'(x) or df/dx. Let’s first look at its definition and a pictorial illustration of the derivative.

Illustration of the Definition of a Function Derivative

In the figure, Δx represents a change in the value of x. We keep making the interval between x and (x+Δx) smaller and smaller until it is infinitesimal. Hence, we have the limit (Δ𝑥→0). The numerator f(x+Δx)-f(x) represents the corresponding change in the value of the function f over the interval Δx. This makes the derivative of a function f at a point x, the rate of change of f at that point.

An important point to note is that Δx, the change in x can be negative or positive. Hence:

where 𝜖 is an infinitesimally small value.

One of the most commonly cited examples of derivatives is that of velocity. Velocity is the rate of change of distance w.r.t. time. Hence if f(t) represents the distance travelled at time t, then f'(t) is the velocity at time t. The following sections show various examples of computing the derivative.

Let’s start with a simple example of a linear function m(x) = 2x+5. We can see that m(x) changes at a constant rate. We can differentiate this function as follows.

The above figure shows how the function m(x) is changing and it also shows that no matter which value of x, we choose the rate of change of m(x) always remains a 2.

Suppose we have the function g(x) given by: g(x) = x^2. The figure below shows how the derivative of g(x) w.r.t. x is calculated. There is also a plot of the function and its derivative in the figure.

From the figure, we can see that the value of g(x) is very large for large negative values of x. When x < 0, increasing x decreases g(x) and hence g'(x) < 0 for x<0. The graph flattens out for x=0, where the derivative or rate of change of g(x) becomes zero. When x>0, g(x) increases quadratically with the increase in x, and hence, the derivative is also positive.

Suppose we have the function h(x) = 1/x. Shown below is the differentiation of h(x) w.r.t. x (for x ≠0) and the figure illustrating the derivative. The blue curve denotes h(x) and the red curve its corresponding derivative.

Following are a few examples:

Examples of Points at Which there is no Derivative

Velocity and instantaneous rates of change
Rules for derivatives
Integration

In this tutorial, you discovered the function derivatives and the fundamentals of function differentiation.

Do you have any questions? Ask your questions in the comments below and I will do my best to answer.