A Brief Introduction to BERT 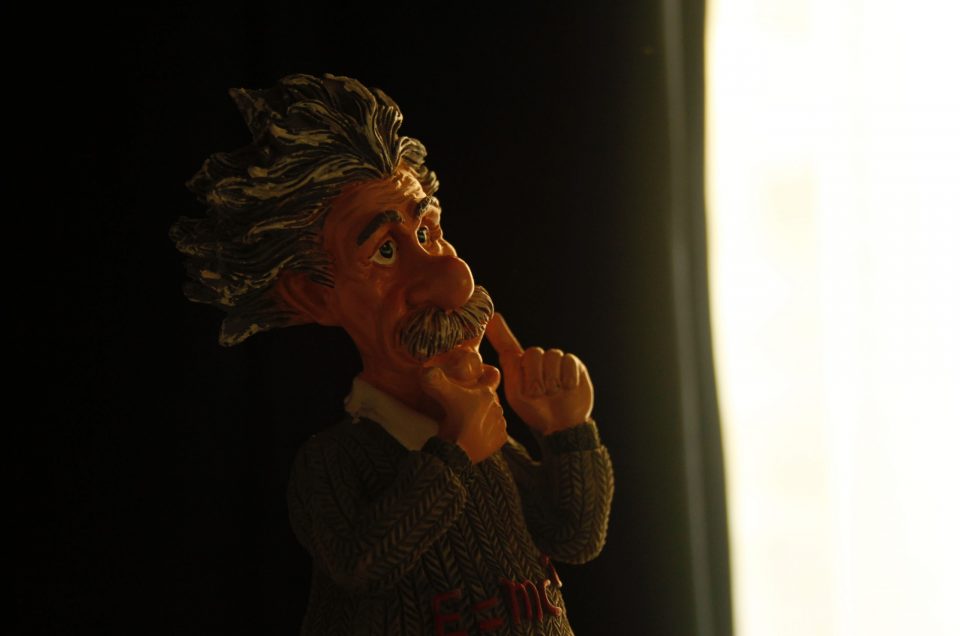 In this tutorial, you will learn what BERT is and discover what it can do.

A brief introduction to BERT
Photo by Samet Erköseoğlu, some rights reserved.

From Transformer Model to BERT

In the transformer model, the encoder and decoder are connected to make a seq2seq model in order for you to perform a translation, such as from English to German, as you saw before. Recall that the attention equation says:

The Bidirectional Encoder Representation from Transformer (BERT) leverages the attention model to get a deeper understanding of the language context. BERT is a stack of many encoder blocks. The input text is separated into tokens as in the transformer model, and each token will be transformed into a vector at the output of BERT.

What Can BERT Do?

Each training sample for BERT is a pair of sentences from a document. The two sentences can be consecutive in the document or not. There will be a [CLS] token prepended to the first sentence (to represent the class) and a [SEP] token appended to each sentence (as a separator). Then, the two sentences will be concatenated as a sequence of tokens to become a training sample. A small percentage of the tokens in the training sample is masked with a special token [MASK] or replaced with a random token.

Before it is fed into the BERT model, the tokens in the training sample will be transformed into embedding vectors, with the positional encodings added, and particular to BERT, with segment embeddings added as well to mark whether the token is from the first or the second sentence.

Each input token to the BERT model will produce one output vector. In a well-trained BERT model, we expect:

Then, the weights trained in the BERT model can understand the language context well.

Once you have such a BERT model, you can use it for many downstream tasks. For example, by adding an appropriate classification layer on top of an encoder and feeding in only one sentence to the model instead of a pair, you can take the class token [CLS] as input for sentiment classification. It works because the output of the class token is trained to aggregate the attention for the entire input.

Another example is to take a question as the first sentence and the text (e.g., a paragraph) as the second sentence, then the output token from the second sentence can mark the position where the answer to the question rested. It works because the output of each token reveals some information about that token in the context of the entire input.

A transformer model takes a long time to train from scratch. The BERT model would take even longer. But the purpose of BERT is to create one model that can be reused for many different tasks.

There are pre-trained BERT models that you can use readily. In the following, you will see a few use cases. The text used in the following example is from:

Theoretically, a BERT model is an encoder that maps each input token to an output vector, which can be extended to an infinite length sequence of tokens. In practice, there are limitations imposed in the implementation of other components that limit the input size. Mostly, a few hundred tokens should work, as not every implementation can take thousands of tokens in one shot. You can save the entire article in article.txt (a copy is available here). In case your model needs a smaller text, you can use only a few paragraphs from it.

First, let’s explore the task for summarization. Using BERT, the idea is to extract a few sentences from the original text that represent the entire text. You can see this task is similar to next sentence prediction, in which if given a sentence and the text, you want to classify if they are related.

To do that, you need to use the Python module bert-extractive-summarizer

It is a wrapper to some Hugging Face models to provide the summarization task pipeline. Hugging Face is a platform that allows you to publish machine learning models, mainly on NLP tasks.

Once you have installed bert-extractive-summarizer, producing a summary is just a few lines of code:

This gives the output:

Amid the political turmoil of outgoing British Prime Minister Liz Truss’s
short-lived government, the Bank of England has found itself in the
fiscal-financial crossfire. Whatever government comes next, it is vital
that the BOE learns the right lessons. According to a statement by the BOE’s Deputy Governor for
Financial Stability, Jon Cunliffe, the MPC was merely “informed of the
issues in the gilt market and briefed in advance of the operation,
including its financial-stability rationale and the temporary and targeted
nature of the purchases.”

That’s the complete code! Behind the scene, spaCy was used on some preprocessing, and Hugging Face was used to launch the model. The model used was named distilbert-base-uncased. DistilBERT is a simplified BERT model that can run faster and use less memory. The model is an “uncased” one, which means the uppercase or lowercase in the input text is considered the same once it is transformed into embedding vectors.

The other example of using BERT is to match questions to answers. You will give both the question and the text to the model and look for the output of the beginning and the end of the answer from the text.

A quick example would be just a few lines of code as follows, reusing the same example text as in the previous example:

Here, Hugging Face is used directly. If you have installed the module used in the previous example, the Hugging Face Python module is a dependence that you already installed. Otherwise, you may need to install it with pip:

And to actually use a Hugging Face model, you should have both PyTorch and TensorFlow installed as well:

The output of the code above is a Python dictionary, as follows:

This is where you can find the answer (which is a sentence from the input text), as well as the begin and end position in the token order where this answer was from. The score can be regarded as the confidence score from the model that the answer could fit the question.

Behind the scenes, what the model did was generate a probability score for the best beginning in the text that answers the question, as well as the text for the best ending. Then the answer is extracted by finding the location of the highest probabilities.

Attention Is All You Need, 2017
BERT: Pretraining of Deep Bidirectional Transformers for Language Understanding, 2019
DistilBERT, a distilled version of BERT: smaller, faster, cheaper, and lighter, 2019

In this tutorial, you discovered what BERT is and how to use a pre-trained BERT model.

The post A Brief Introduction to BERT appeared first on Machine Learning Mastery.